A Parable: The Man Who Legislated his Singing Career

A Misplaced Career
A man loved to sing. But not so many people liked to hear him sing. Many people even left the room when he offered them his gift.   But he didn’t want to do anything else, “This is my career!”

The man worked very hard. For years, he trained his voice and ear under the best coaches, but he still couldn’t stretch past an octave and to him a flat sounded pretty much like a sharp.  Unlike many failed musicians, he also paid close attention to marketing. His brochures were glossy. His business cards played music. And his affected flair included a scarf and a cane.

Unfair Wages
Yet, the man could only get gigs in the deepest of dive bars. And only late at night, when the few patrons were too drunk to pay attention. 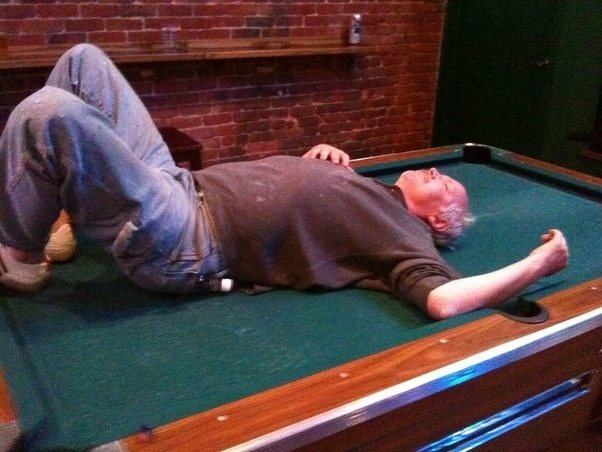 Sometimes he was paid with just a drink, and too often not even with that.

Minimum Wage
But the man had a childhood friend who had grown to be Ruler. “Why does the free market fail hard-working singers and force them to suffer low income?” he queried his friend. “Can you not regulate a livable wage?”

The Ruler was sympathetic. She proclaimed a New Law throughout her Land forbidding the hire of any singer for less than $200 a night, and she considered the matter solved.

But now the man could find no singing job. Even the dirtiest dive bars refused to hire him. He could not even get a free drink.  And this new law affected more than just the man. Several venue owners attempted to circumvent the law, to take a chance on unknown talent or to trade a song for exposure. But the Ruler’s pointy spears ended these miscreants’ lives, demonstrating to venue owners everywhere that less than a living wage was a deathly matter.  So, most venues dropped live singers. Some stopped offering any music, but many installed music machines, which cost far less money and did not risk holes in their bodies. 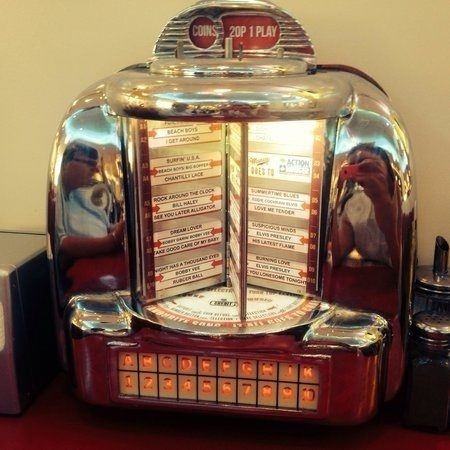 Protecting Labor
The man brought this anti-human circumvention to the ruler’s attention. “The free market would make all singers unemployed!”

The Ruler became angry. She proclaimed a New Law throughout her Land outlawing music machines, and considered the matter solved.

Music machine companies failed. Most music machines were tossed out, but a few venue owners did not move fast enough or even tried to hide their machines. Late night raids pierced owners and closed venues, ending this threat.  Music became but a faded memory in most places. Only the largest, most profitable venues offered music, but only that of very good singers.

Yet, the man still received no income.

Maximum Wage
Oh, how the man envied the best singers who made tens and hundreds of times $200 a night. “The free market has failed us! They make so much, and yet I, who love singing as much as they, make nothing at all! ” he whined to his friend.

The Ruler instantly saw the injustice. She proclaimed a New Law throughout her Land that no singer could make more than $1200 a night, (an amount that seemed sufficient to her friend), and she considered the matter solved. 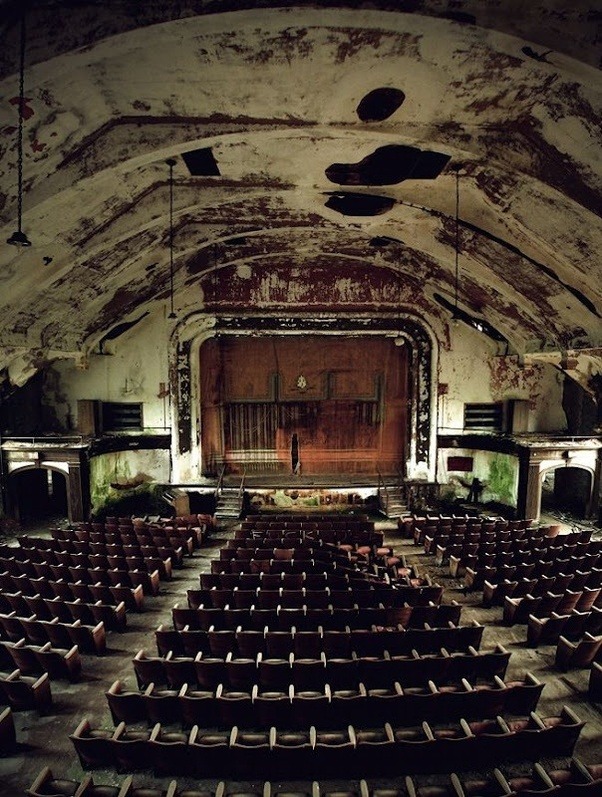 Large concerts and festivals became a thing of the past. Most people rarely heard singers at all. The best singers charged only $1200 a night, for they cared for their skin, but they would sing only one or two songs to a few hundred local folk, and then leave the venue silent, wanting more.  And many of the best singers even retired, for it was hard to be on the road, they loved their families, and the music business just wasn’t what it used to be.

While the gap between the best and worst singers narrowed considerably, the man still earned no income.

Subsidization
“So many musicians want to fill your subjects’ hearts with song. Yet they starve. The free market has failed to allow them to eat!”

The Ruler felt compassion. She proclaimed a New Law throughout her Land that she in Her Benevolence would pay every singer $100 a night, whether they sang or not, and she considered the matter solved.

New singers flooded into the market. $100 a night was quite attractive. And because few venues would hire these new singers, they didn’t have to work much.  Soon, practically everyone was a singer. Every morning, the Ruler’s men would collect $200 from every subject, keeping $100 for themselves to cover their administrative costs of sharpening their spears. And that night they would pay $100 to all subsidized singers. But while everyone praised the Ruler’s wise singer policies, they were surprised that their new earnings did not stretch as far as they had expected. 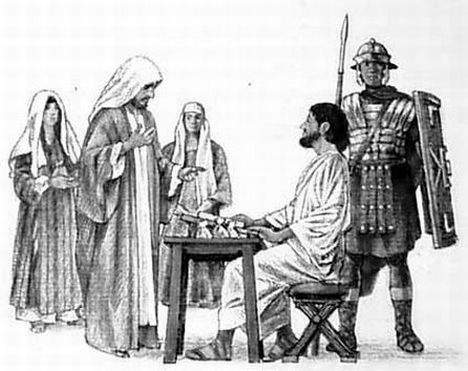 The man was now deeper in the hole than ever, and yet the man was still not paid to sing.

Regulation
“Look at the sad fate of your people,” the man urged his friend. “They live without music. On the other hand, there are so many musicians, yet few are hired. The free market created an oversupply and an under-demand, surely a benevolent ruler can fix this market failure.”

The Ruler heard the wisdom of her friend. She proclaimed a New Law throughout her Land that every venue had to hire a singer every night, and she considered the matter solved.

Venues tried to comply, but many could not afford the extra expense. Many small venues closed. Few bars started. Many bars burned. Some bars went underground but were hunted vigorously by the Ruler’s men. Patrons looking for a night of fun spent more of their money on fewer places farther away, and had less time and money for other interests. 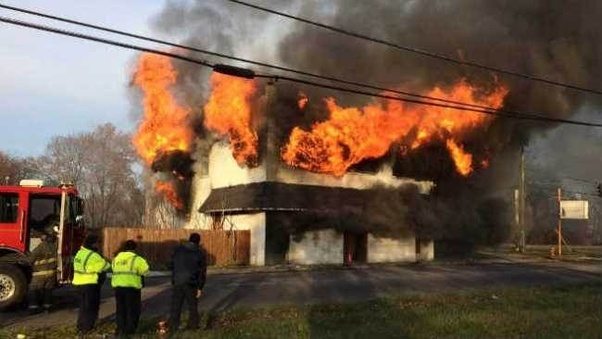 And yet the man was still not singing.

Licensing
“There are too many unqualified singers out there!” the man complained to his friend. “They have not studied under the best coaches as have I. The free market steals Your money.”

The ruler was indignant. She proclaimed a New Law throughout her Land that no singer may sing unless licensed, and she considered the matter solved.

The man was quite helpful to the Ruler’s regulators and thus the license required exactly the same training that he had as its bare minimum qualification. Most singers were not willing or wealthy enough to invest the same years in school and under coaches. Almost all of them gave up (even though most of them were quite a bit better at singing than the man).   Soon, homes and campfires were quiet; singing was a thing of the past. Singing (live-only) could legally be heard only in government-regulated venues that paid a minimum of $200 a night (and a maximum of $1200 a night) to (licensed) singers (with the man’s “qualifications”).

The man now found several jobs singing, but he was still not satisfied. The bars he sang at handed out ear plugs to their patrons. The free market was yet again failing to allow people to hear his song. 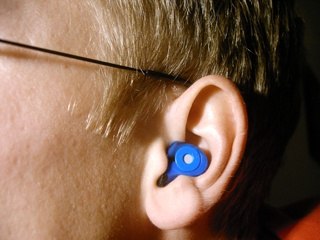 The man confidently walked back to his friend’s palace, “A ruler certainly should be able to fix this problem!”

→ More essays on <Regulation, Licensing, and Certification> by Dennis
→ Return to the <Table of Contents> for Dennis’ Libertarian Essays

For four years, Dennis was often ranked the #1 author of libertarian answers on Quora.Com based on views and up-votes.  Writing primarily about ethics, he was deplatformed in Jan 2021, when –  contradicting their own ranking algorithms — Quora judged his libertarian answers as “not helpful”.  Dennis can now be found stumbling about the Free State — sad and directionless — carrying a lantern searching for an honest man.  For a limited time, you can still find some of his 1800 unhelpful explanations of libertarian ethics on Quora.