Why Guns Are Important for Self-Ownership

So many Americans believe that owning a gun is their inalienable right, even though most of the world disagrees!.  Here’s my take on the reason.  It may not convince our non-American friends, but I hope it clarifies what, to most of the world, is a curious and confusing position .

The Fundamental Right is Self Ownership, Not Gun Ownership
So, I want to admit upfront that gun ownership itself can not be a universal human ethic. A universal human ethic is true for all time in all cultures in all situations for all humans. Because guns have been around only for 650 years or so, by definition, there can be no universal human ethic to “own guns”. Stating it as though there is (which unfortunately is done by both sides) makes the American position even harder for other countries to understand.

To Own Something Means that I Can Defend It from Theft and Abuse
Ownership of something brings with it a whole bunch of ancillary rights (right to control, to use, to dispose, to exclude, to gift, to sell, to rent, to defend …). So if I own something, I have the right to defend it from being stolen or abused.

Defense is Necessary for Self-Ownership
In fact, if I do not have the right to defend what I own, I do not actually own it!   Let’s say that someone “gifts” me a diamond ring, but they tell me that I may not defend it from them taking it back from me. Who really owns it? I or the person who may take it from me at any time of their choosing? The answer is clear: I don’t own it. I’m only holding it for the owner.

Let’s say that a ruler gives me a shovel, but anyone may take it from me at any time. I have no right to defend my ownership of it myself. However, if the ruler so decides, he may intercede on my behalf, and return the shovel to me. Do I in fact own the shovel, or is the ruler the real owner?

Because the Government Defends Us, We Do Not Need to Defend Ourselves
Now, most of our friends from other countries will say that their government is there to defend them, so they need not worry about defending themselves, and thus they have no need of guns. Let’s ignore whether it is empirically true that one may wholly rely on our rulers to well protect our bodies, and stay (at least for this answer) on ethics and rights…

How would a ruler gain the exclusive right to defend us? A ruler is just a person, like you or me. While he clearly owns himself (and may thus defend his own body), he does not, at least when we start out, own me. How does he derive the right to defend my body?

The answer is that he has to be assuming that he is the actual owner of my body, and that I am not.

Hiring Someone to Help Defend What You Own
Now, at this point many of our foreign cousins will be trying to escape the horrifying implications, “No! No! Your ruler is only acting as your agent to help you to defend your body.”

It is true: if I own something, I not only have the right to defend it from theft and abuse, but I need not do that alone. For example, I may hire someone to help me with my defense. An agent can be contracted by the actual owner to help protect what the owner owns.   But notice this important distinction: hiring an agent does not mean:
a) that I lose my ownership of the object,
b) that I lose my right to defend it myself, and
c) that, if the agent does a poor job, I may not fire the agent and do it myself or hire someone more competent.

The agent is just some muscle I’m employing to help me protect my property better.

Rulers Act Like Owners, not Like Agents
But rulers act quite a bit differently than agents would. They act as though they have the right to defend us (if they are around and not too busy), but we are not allowed to defend our bodies, unless they give us their permission.   They are in effect acting as though they own us and we are at best sometimes their agent, whom they might suffer to authorize every now and then to protect their property rights in our body.

This perspective of a citizen’s relationship to her ruler violates the universal human ethic of each human's ownership of her own body.   It is this violation of self-ownership that Americans reject, and we do so by retaining our right and our ability to protect our own bodies -- even when our rulers provide, what they insist (but can be debated ), is excellent, first-rate, can’t-be-beat, no-need-for-a-backup-plan protection service.  And we retain our right and ability to protect our own bodies even from our rulers -- even when they insist (but it can be debated ), that they would never ever in a million billion years think of treating our bodies badly..

(And given our foreign friends' recent nightmarish experiences with barbarous rulers, we Americans are a little bewildered by their willingness to trust their rulers yet again with absolute life-and-death power over them and they having no way to protect themselves from their rulers should their rulers restart their democidal behavior, (which, yes, I know, your rulers double-pinky-swore that they would never mass murder you guys again!))

But the Whole World Disagrees!
So many people in so many countries disagree that we humans have the right to effectively defend our own bodies! And because so many disagree with us, they think we ought t follow their example and turn over our right to defend our bodies wholly to our rulers’ whim.   The thing about universal human rights though is that they are true no matter how many people disagree with them. There was a time when people rejected self-ownership so much that chattel slavery was the norm in almost every single country in the world. That a man’s ownership of his own body was so commonly violated however did not mean that self-ownership was not a fundamental, universal human ethic — even in those dark days.   We libertarian Americans would have said (and we did say), “I don’t care how many of you are violating fundamental human ethics. You are still wrong. We each own ourselves no matter how many of you think we don’t.”

Even if everyone in the world succumbed to government indoctrination and sophistry to believe that we do not own our own bodies, but that our rulers do, it would still not change fundamental, universal human ethics.

But that’s not the case right now. And we’re just happy that one small part of the world still grudgingly recognizes our human right to defend the most important thing that we own — ourselves.

And we are not particularly interested in giving that up. 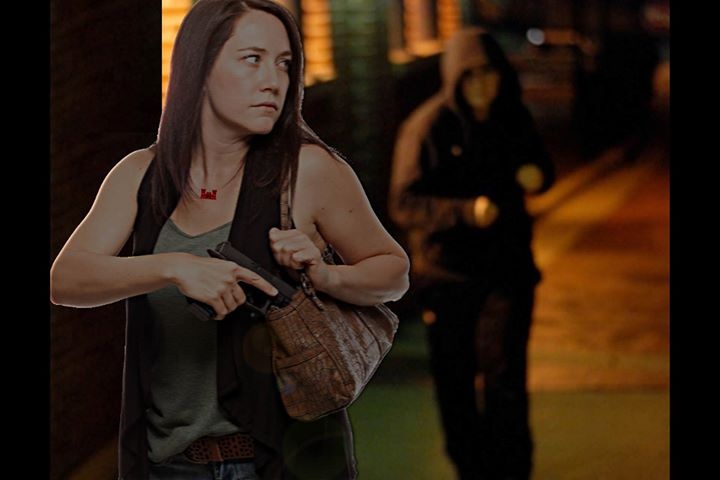 For four years, Dennis was often ranked the #1 author of libertarian answers on Quora.Com based on views and up-votes.  Writing primarily about ethics, he was deplatformed in Jan 2021, when –  contradicting their own ranking algorithms — Quora judged his libertarian answers as “not helpful”.  Dennis can now be found stumbling about the Free State — sad and directionless — carrying a lantern searching for an honest man.  For a limited time, you can still find some of his 1800 unhelpful explanations of libertarian ethics on Quora.